Holy Family is most fortunate to have several sisters from the Dominican Sisters of Mary, Mother of the Eucharist, that serve as teachers at the school.  Since 2009, a Dominican sister has taught middle school Religion, and since 2016 a second sister has taught in the primary grades. The sisters have been a true blessing to our community through their prayerful spirit and joyful witness to the faith. In addition to teaching in the school, the Sisters support the Children of Mary program, an after-school care program serving 2nd and 3rd-grade girls. They also support the preparation of lectors, altar servers and sacristans for weekly Mass. 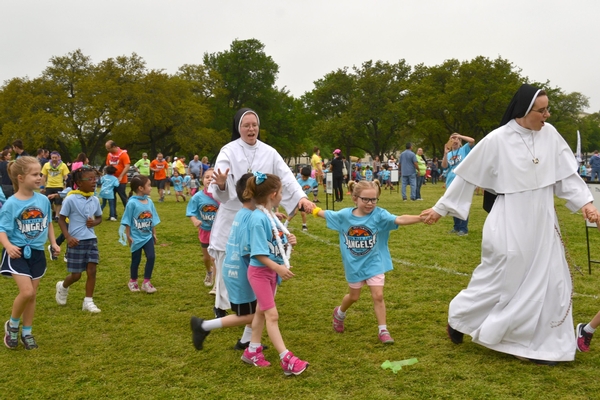 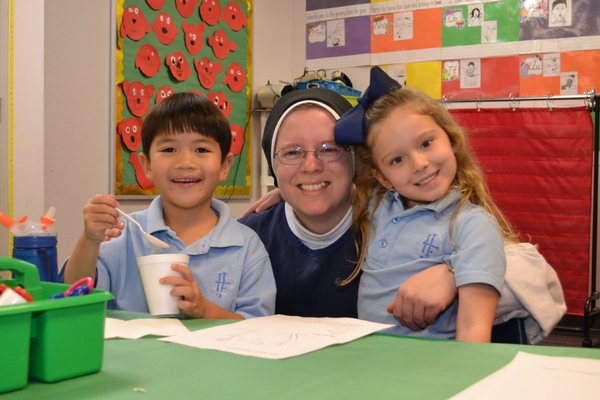 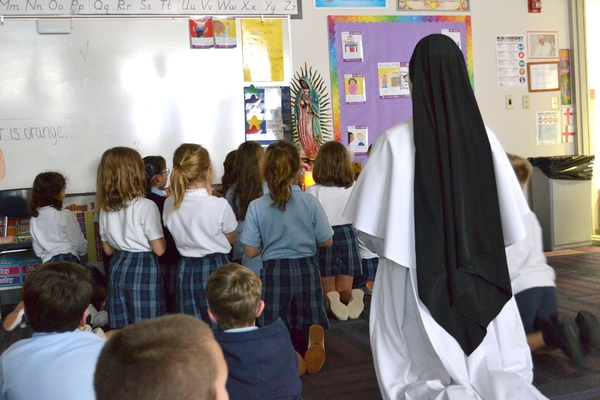 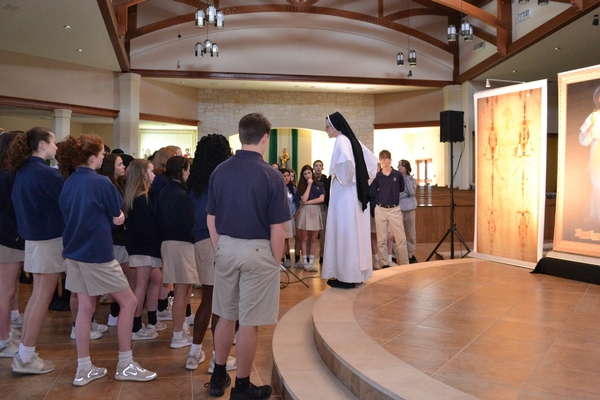 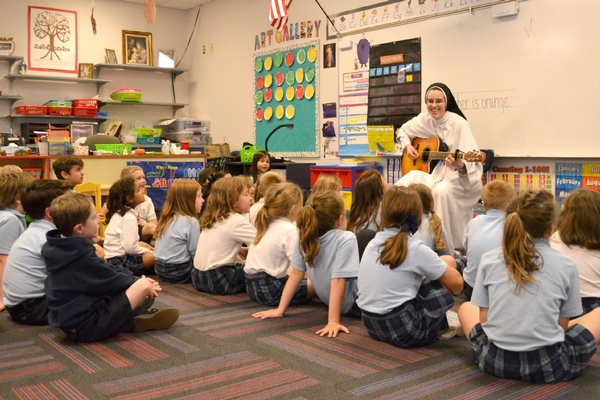 The Dominican Sisters of Mary were founded in 1997 to spread the witness of religious life across the country in response to St. John Paul II’s vision for a New Evangelization. In just over 20 years, they have grown from four Foundresses to over 130 Sisters from over 30 states, Canada and Australia at an average age of 31.  Starting with a Motherhouse and two schools in Ann Arbor and Plymouth, Michigan, they have expanded nationally by establishing teaching missions at 20 other schools across the U,S., including Holy Family Catholic School and St. Dominic Savio Catholic High School.

Everything the Sisters do begins in their morning prayer. With a particular Eucharistic and Marian devotion, they gather daily in communal prayer, beginning each day with a Eucharistic Holy Hour, Mass, and a renewal of our Marian consecration. The Sisters actively seek to spread the witness of religious life across the country in many ways, including talks to youth and college students, summer teaching missions, pro-life witness, and continued use of new ways to engage the culture (media appearances—CBS, NBC, Fox, Oprah Winfrey, NPR; catechetical television programs; programs and materials; music CDs; and various forms of social media.)

They’ve outgrown the Ann Arbor Motherhouse and have begun construction on the first phase of a new Religious House in the Diocese of Austin. This much needed and long-planned Religious House, is projected to be ready to occupy by late 2018, will have the capacity for 56 Sisters.